How to Choose E-cigarette OEM Manufacturer in China?

Comparison of cigarettes, e-cigarettes and hookahs 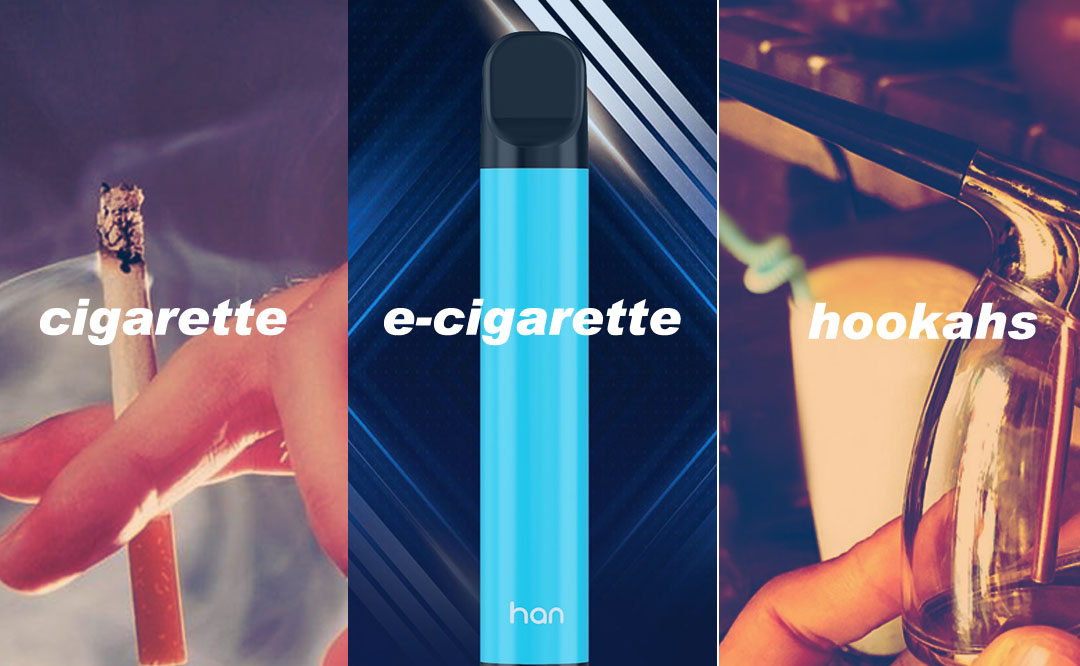 First comparison: Test of the harm of cigarettes, e-cigarettes and hookahs

Smoking is the main cause of non-communicable diseases worldwide, and a major risk factor for cardiovascular disease (CVD) and lung disease. In recent years, as an emerging product, e-cigarettes have become more and more popular, especially among the younger generation. However, compared with traditional cigarettes, the harm of electronic cigarettes to the human body is quite controversial. Recently, German researchers compared the harms of cigarettes, e-cigarettes and hookahs to human health and cardiovascular disease for the first time.

Currently, 6 of the top 8 causes of death in the world are related to smoking. The tobacco epidemic is one of the greatest threats to public health and the main cause of cardiovascular disease morbidity and death. Recently, German researchers compared the harms of cigarettes, e-cigarettes and waterpipes to human health and cardiovascular for the first time, and found that cigarettes, e-cigarettes and waterpipes can harden arteries, cause inflammation and damage DNA, which can cause various health problems. .

The study was led by Professor Thomas Münzel of the Department of Cardiology, University of Mainz Medical Center, Germany, and was published in the European Heart Journal on June 25. The title is “Effects of tobacco cigarettes, e-cigarettes, and waterpipe smoking on endothelial function and clinical outcomes”

In this research, scientists have for the first time explored the effects of cigarettes, e-cigarettes and hookahs on human health and the function of vascular endothelial cells. This article summarizes the existing evidence of harmful chemicals produced by smoking and the mechanisms by which smoking affects the body. The researchers also compared the effects of three types of cigarettes on diseases such as stroke, heart disease and lung cancer.

Previous studies have shown that smoking can cause endothelial dysfunction and vascular damage. Long-term exposure to tobacco smoke can impair acetylcholine-dependent vasodilation and coronary blood flow, which is related to elevated plasma cholesterol levels. The research team found that, overall, cigarettes are more harmful than e-cigarettes. However, there are insufficient data on the effects of waterpipe and e-cigarettes on endothelial dysfunction. Researchers say that the long-term effects of hookahs and e-cigarettes require more in-depth research. At the same time, they wrote that “waterpipes are no less harmful than cigarettes, so waterpipes cannot be regarded as a healthy substitute.”

The first author of this review, Professor Thomas Münzel from the Department of Cardiology, University of Mainz Medical Center, Germany, said: “Our review focuses on the adverse effects of these three types of cigarettes on endothelial dysfunction and their relationship with oxidative stress. , And are related to clinical diseases. These three types of smoke will cause the increase of oxygen free radicals (such as superoxide) in the vascular tissue. This will decompose the nitric oxide released by endothelial cells, and nitric oxide can help blood vessels dilate, prevent inflammation and Arterial blockage is very important.”

The influence mechanism of smoking on endothelial function

Researchers say that the main toxic chemicals in e-cigarette vapor include formaldehyde and acrolein, as well as trace amounts of transition metals and volatile organic compounds (VOCs), which can damage cells. In contrast, cigarettes and water pipes contain more complex harmful chemicals. Waterpipe smoke contains solid particles, mainly from the charcoal that burns tobacco; there are also low concentrations of solid particles in cigarette smoke. All three types of cigarettes have nicotine, which has addictive and harmful biological effects.

Professor Münzel said: “The overlap of these different toxic compounds may be the key to understanding the harmful effects of smoking on health, which requires further research in the future.”

Researchers also observed the effect of smoking on COVID-19 infection. In the article, they wrote: “As outlined by the World Health Organization, cigarettes and waterpipes may cause worsening of the symptoms of COVID-19, including more serious consequences such as receiving intensive care and requiring mechanical ventilation.”

They concluded: “There is no doubt that smoking cessation is still the most effective way to prevent cardiovascular and respiratory diseases caused by smoking. Given the COVID-19 pandemic, this may be even more important because the use of tobacco products may increase smokers. Risk of cardiovascular and other serious complications related to COVID-19.”

Professor Münzel said: “WHO warns that although e-cigarettes appear to be less harmful than cigarettes, there is increasing evidence that e-cigarettes may also have side effects on the lungs, heart and blood vessels, and the use of e-cigarettes may increase COVID- 19’s risk of infection.”